Why? is an aerial dance duet in two parts on single line harnesses. Why? asks questions about the inevitable. It is driven and fierce in its articulation. Power and strength are juxtaposed with ease and surrender.

In Fin Walker’s stringent, invigorating duet fuelled by Ben Park’s excellent score for rumbling percussion the pair slip behind, flip over and tumble against one another in a quasi-weightless ballet of controlled support.

Fin walker brings her punchier style to Why?…you feel as if you’re watching them from above rather than the side. The couple flip over and under, their backwards bounds and pendulum swings spliced with grapples and spoke limbed spins.

At times I felt I was watching the action from above like a Busby Berkley movie and that the actors were not suspended but performing on the floor. It was truly so impressive.

Emerging from a contemporary dance aesthetic Why? had a taut, punchy feel as the dancers spun on and sprung from the vertical face of the upstage wall. The clean slicing feel of the movement was supported by Ben Park’s pulsing score evoking the clear sense of the tension in the freedom found hanging 20 foot up on the end of a rope. This effective marriage of the visceral thrill inherent in all aerial work and the studied composure of contemporary dance highlights exactly what is possible with a simple but rigorous concept. 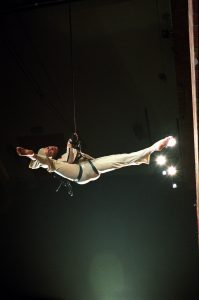 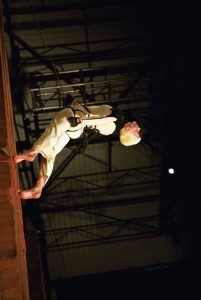 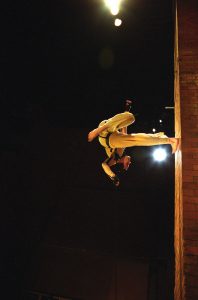 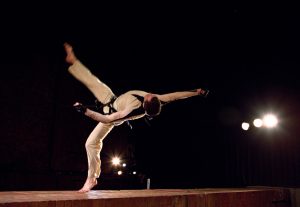 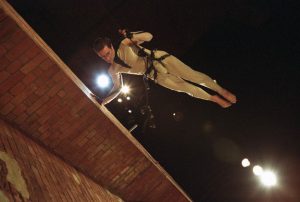 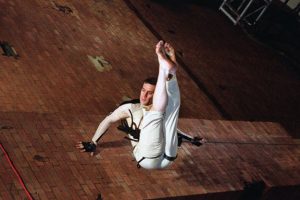 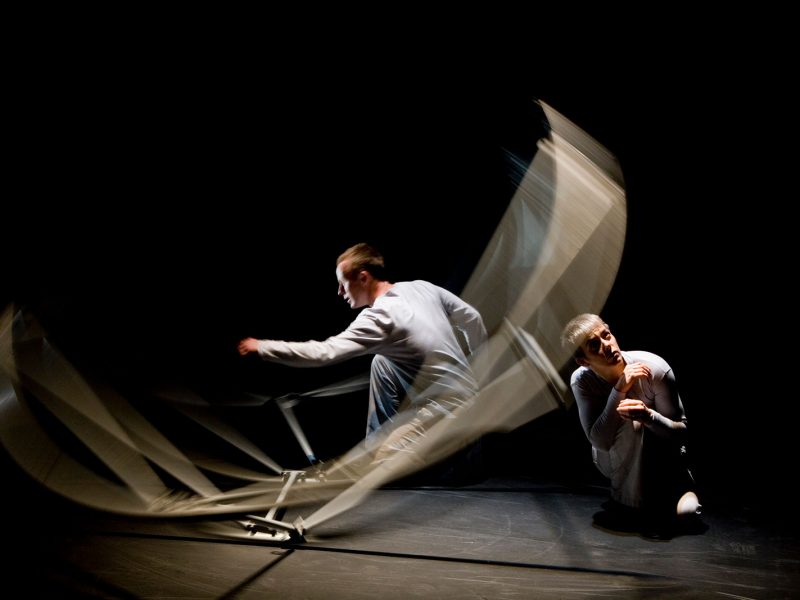 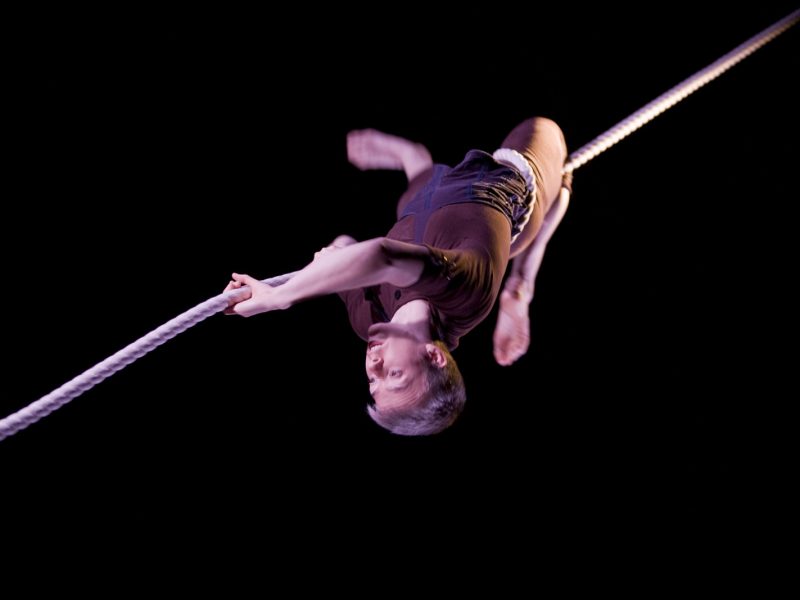 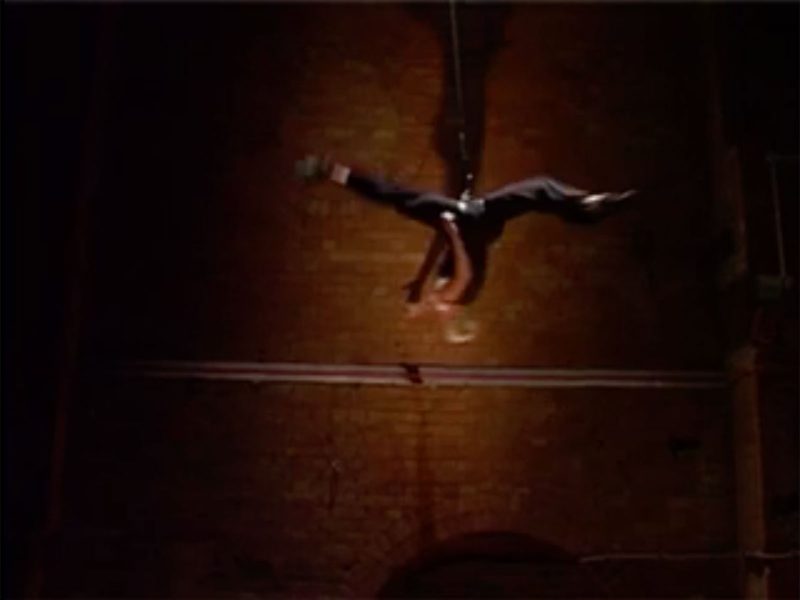 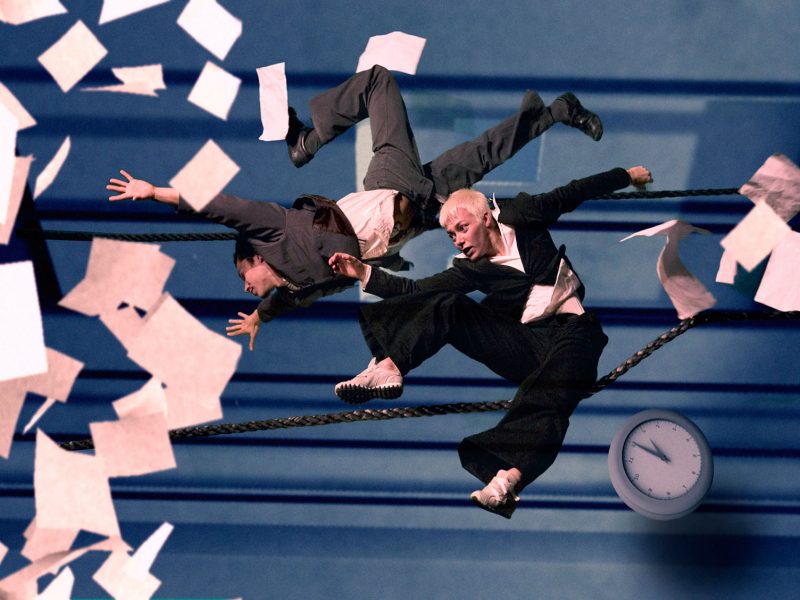 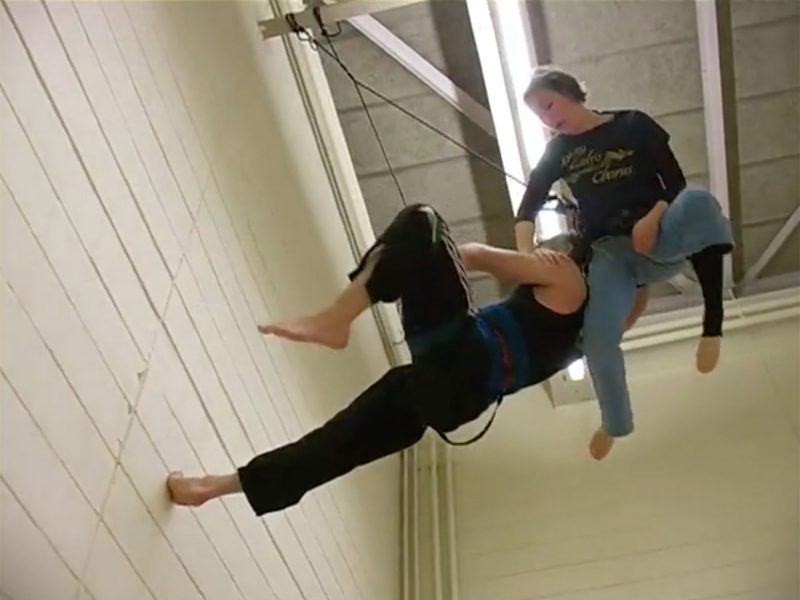