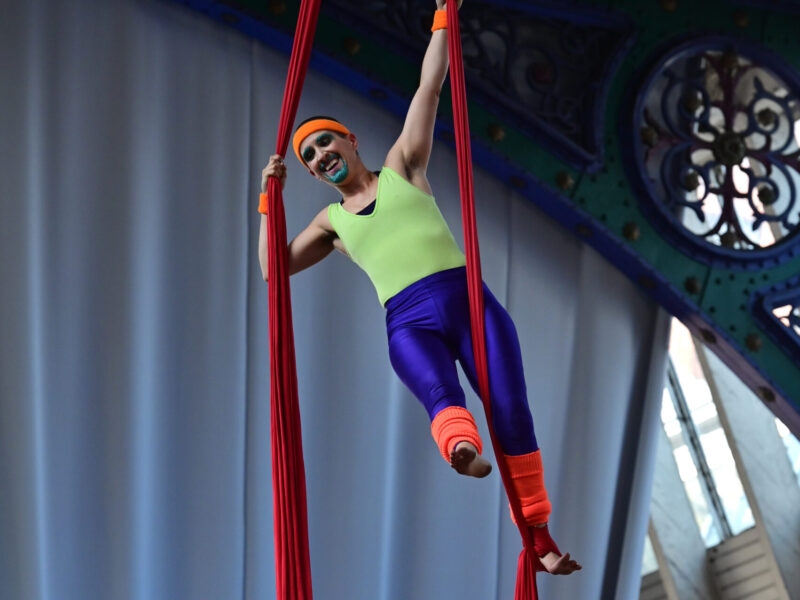 There are more individuals and organisations than I would like who are still after a year of a pandemic wanting to “go back to normal” whatever that means. Normal for me meant a lot of inaccessible and/or queerphobic spaces. It also meant seriously overworking myself for what currently feels like no reason. I don’t really want to go back to that. But there are also a lot of individuals and organisations who are quietly keeping their heads down and working on themselves by instilling good habits into their practice. That makes me very hopeful […] 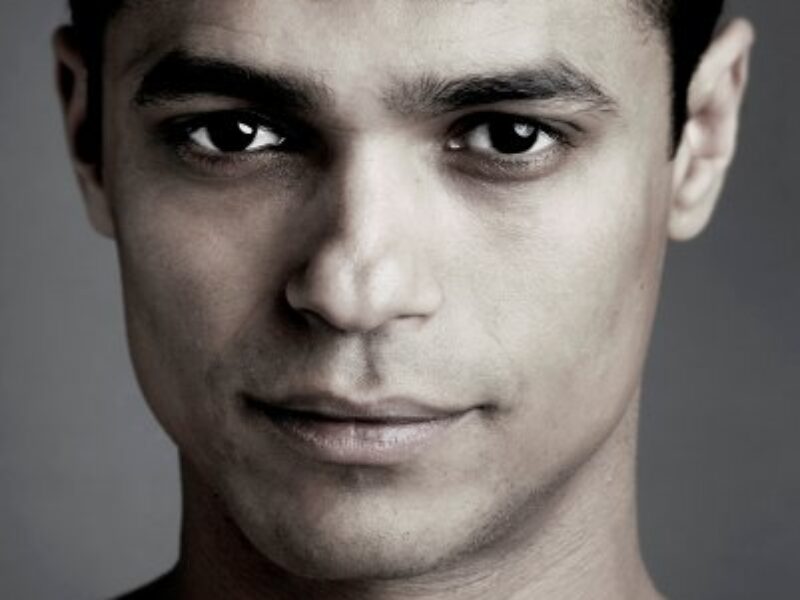 Milton speaks of his background as an actor, director, musician, writer and aerial artist and of his upcoming show ELEPHANT, which was due to premiere in 2020.

He also shares his upbeat thoughts on what’s coming up; ‘Society will need artists. people will want to go out and see shows. We’re going to have an amazing opportunity to shine so we all have to be ready.’ 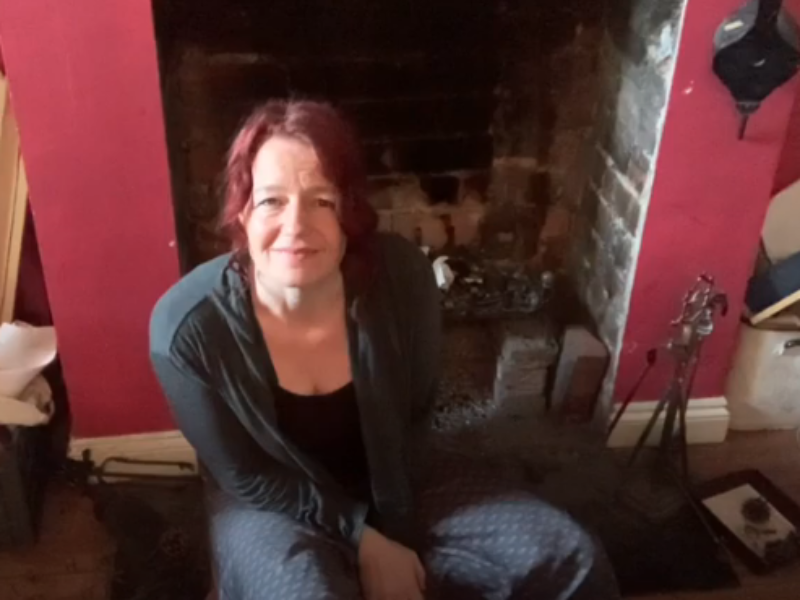 Lyn shares with us her journey, from her beginnings of doing overseas development work with Oxfam and VSO, into her long and productive aerial performance career and an honest account of the year that’s just been. She speaks of the frustrations and unexpected delights of lockdown, reminds us of importance of the Arts and shares a clip from her most recent project, Corvus Angelicus that so wonderfully illustrates this. 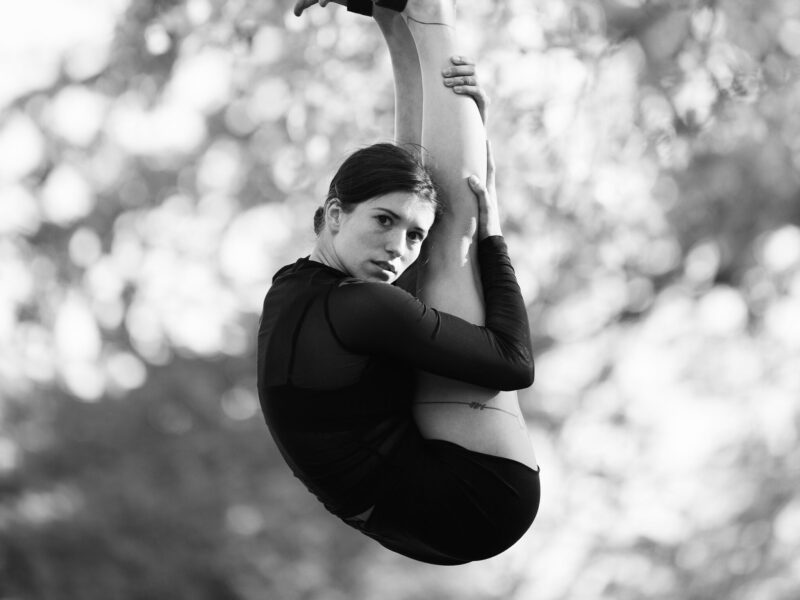 It’s ok to not always achieve something, we all have bad days, but you have to put in the effort and work hard, and if things don’t go as you wish straight away, don’t give up, it would be boring if we would achieve things too quickly.
Be clear where you want to go and value your own worth…. 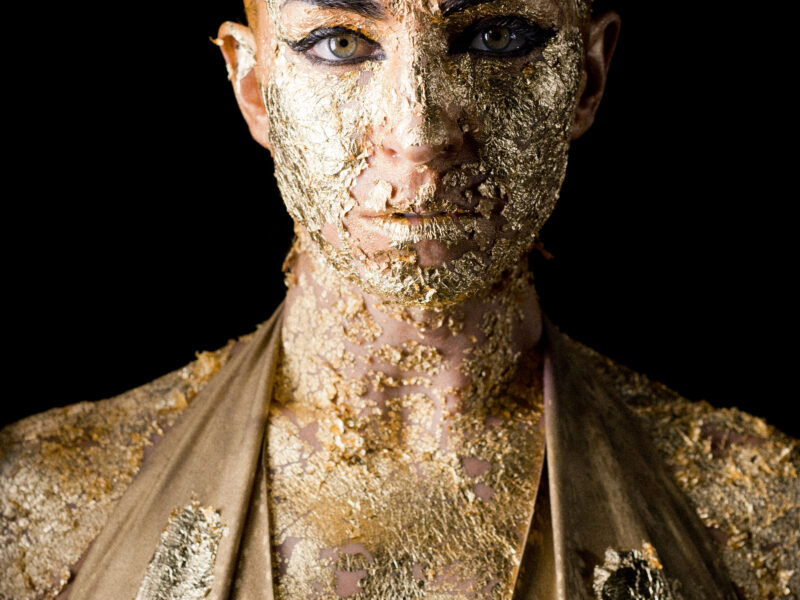 What I really wanted was the time and space to explore my own work. What pieces were in me? What creations lingered on the edges of the primordial soup of my subconscious? I wanted to know. I wanted to give them a line and coax them limb by horrifying limb out from the netherworld. Would they be monsters? Would they be angels? I didn’t know – I had been too busy to find out.” 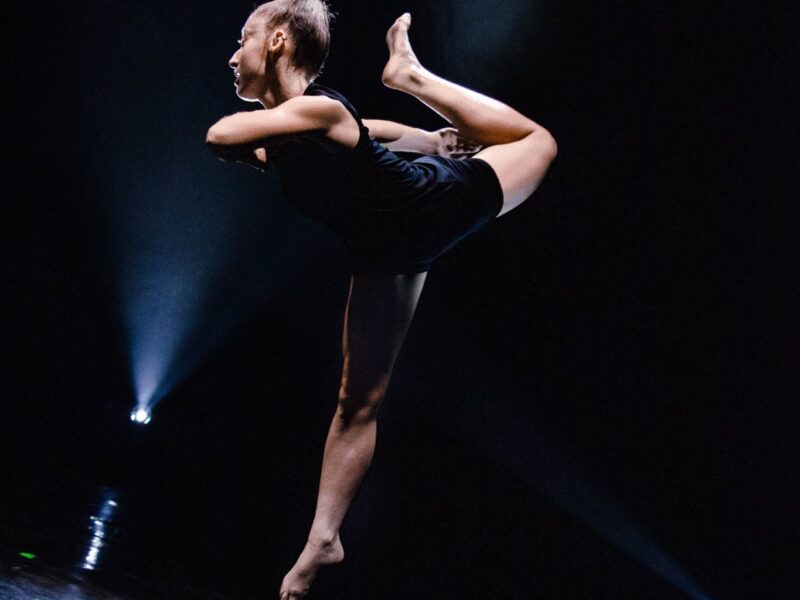 Hi, I’m Delia Ceruti, I identify as a woman and …I am very shy talking about myself and my career: I would rather do a movement improvisation about it, but I love challenges, Lindsey, and the idea of this blog. So, here you go: I am an Italian artist, mostly an aerial mover and sometimes photographer, based in the UK although currently […] 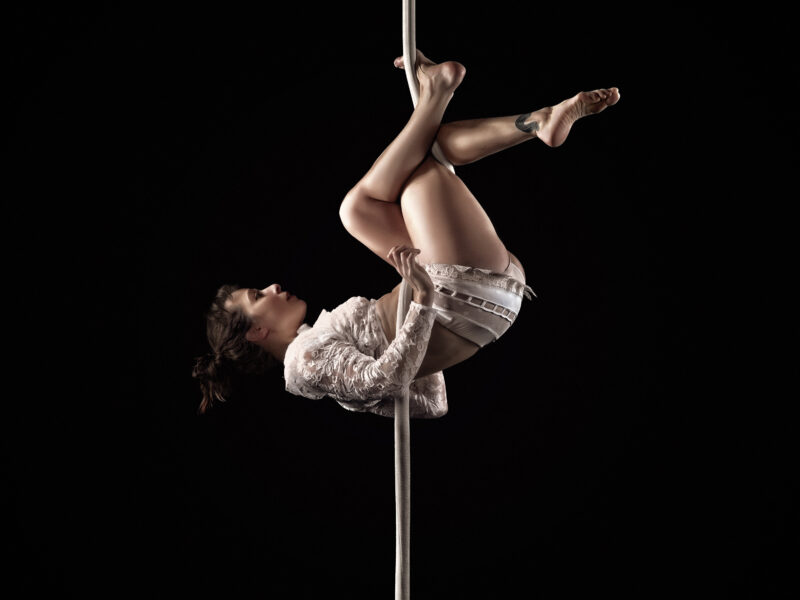 ‘The back road to circus’.
I’m Sarah Bebe Holmes, mostly known for my work with my company Paper Doll Militia. I identify as a woman.

Where are you now and what do you do?
I live in Glasgow Scotland, with my lovely partner and collaborator Bado Reti who has composed the music for two Paper Doll Militia productions as well as improvises regularly with me. I write, perform and direct aerial theatre. My passion is making emotive and narrative aerial pieces and […] 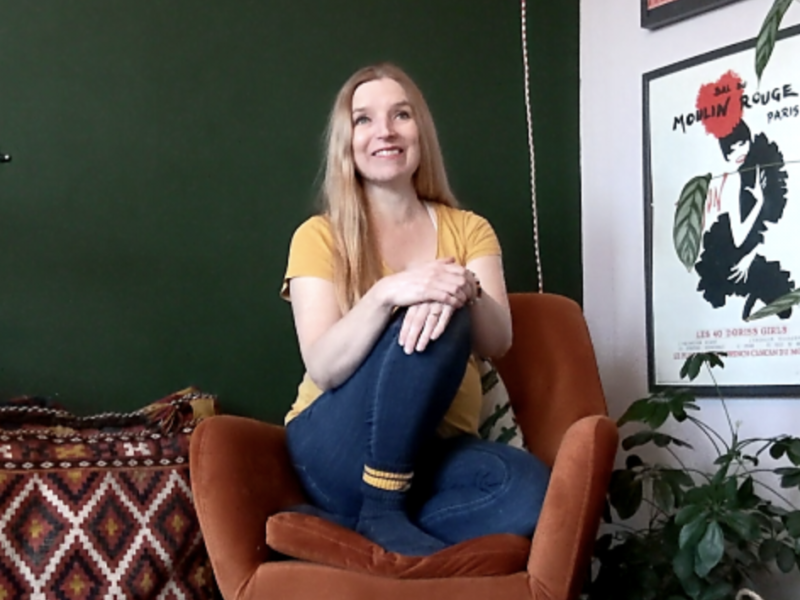 ﻿ Kat takes us on her journey from journalism into working with aerial rope. From super technical beginnings into working more creatively using arbitrary restrictions. Aerial explorations in forests. Needing resilience to persist in the non-linear routes through an aerial/ circus career. And knowing yourself in order to resource this. You Can Follow kat Online […] 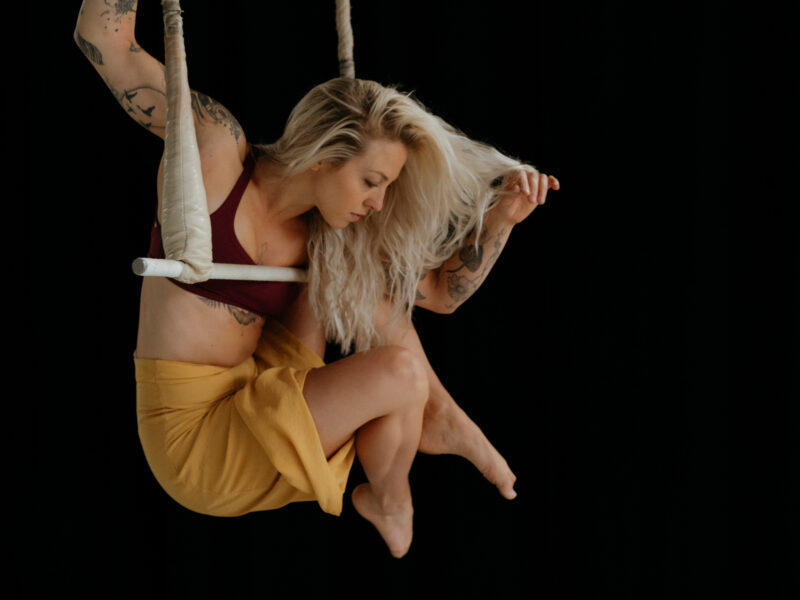 Hi, I’m Kalina. A dance trapeze artist based in Edinburgh, Scotland (currently doing a 3-month aerial residency in Puerto Escondido, Mexico). I think a lot about what my relationship to my apparatus is. I see my trapeze as a living breathing entity with a personality. Yes, it’s just a steel bar with two ropes, but it’s […] 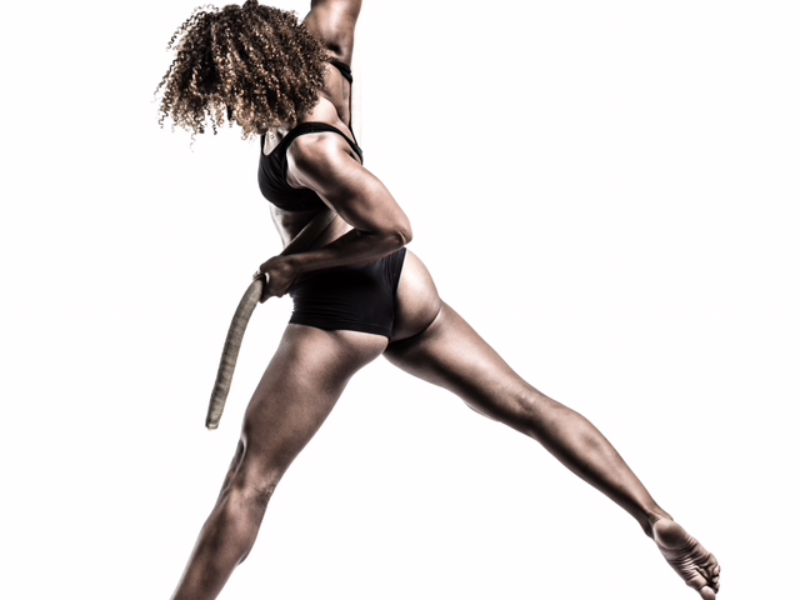 Who you are/how you identify? Any specific learning from the year we’ve just had? Or not! I am Alfa Marks, a short 32-year-old, opinionated, black female. I use to identify as a performer – an aerialist. It was more than what I did, it was who I was, where I lived and where in the […] 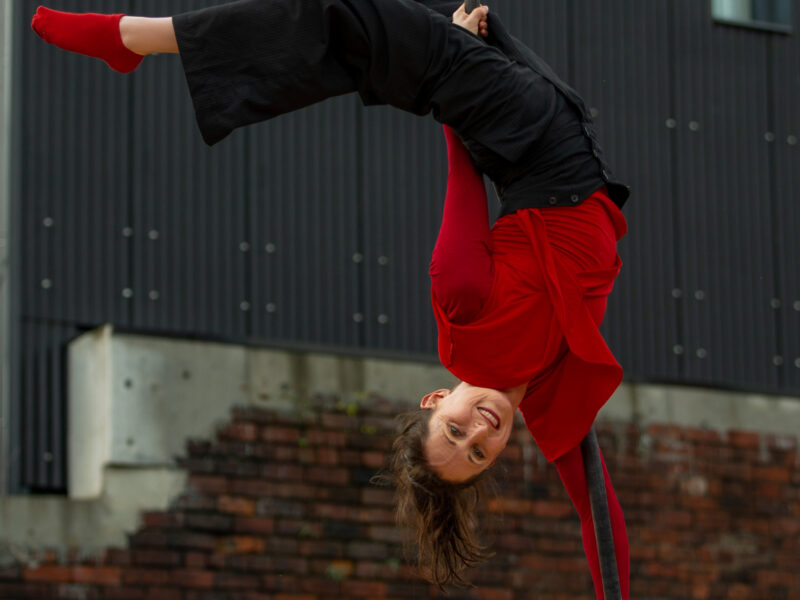 Hi, I’m Claire Crook, I often (but not always) perform under the stage name Madam Mango. I am originally from North Wales, and have been performing now for 20 years (gulp). I identify as female. Currently living in Kinloss, Moray in the North East of Scotland, I moved in September in what seemed like a […] 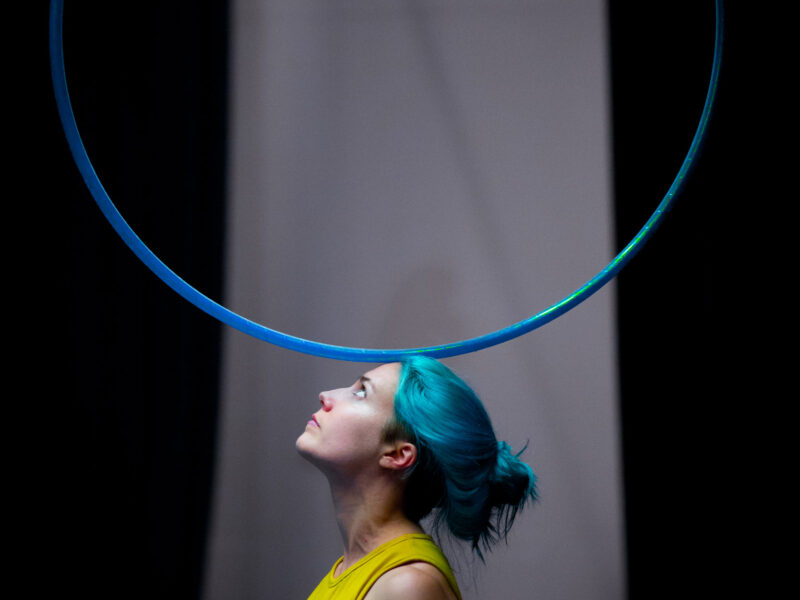 my inefficient but scenic route into the aerial world. Hello aerial aficionados! I’m Jenny. I identify as a woman, a weirdo, a recovering perfectionist, an aerial hoop specialist, a chronic dabbler, a creator, an athlete, a lover of books, a socialist, a master dog snuggler, and a perpetual foreigner. This is the story of my […] 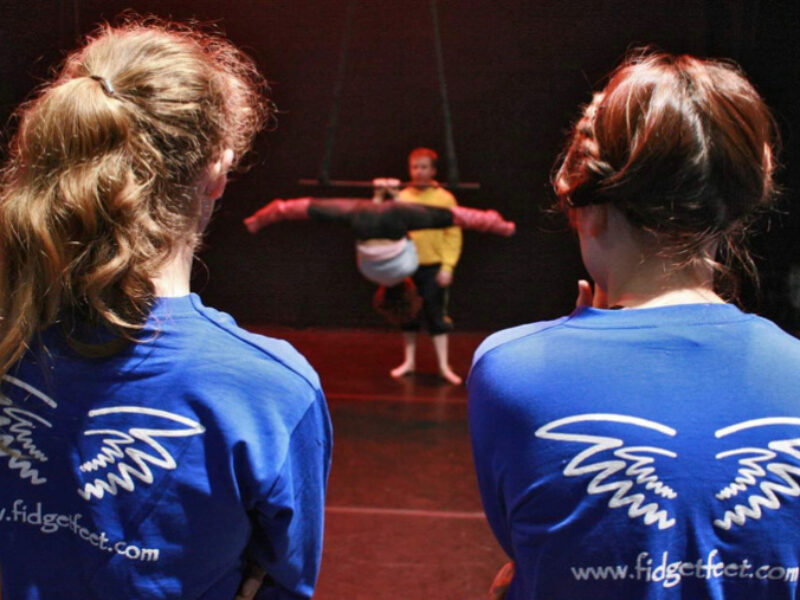 The Path. Throughout my career I had a terrible feeling that I was starting too late, because I hadn’t gone to circus school, had no dance background, was not born into a circus family. I believed whole-heartedly in the myth of a straightforward path to the top of the art form and was constantly worried […] 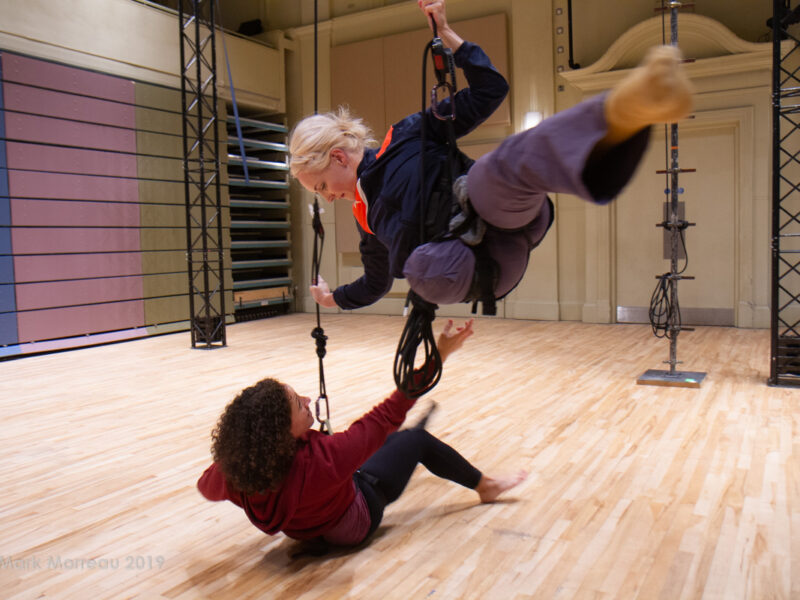 On inclusivity… or being afraid we’ll get it wrong.

…or on not being inclusive cos’ we’re afraid that we don’t know enough or that we’ll cause offence. I came across a video the other day on facebook called ‘Remarkable’. It was by Dr Kelsie Acton, who is a neurodivergent dancer, researcher and inclusive practice advisor for Battersea Arts Centre. In it she references a quote […] 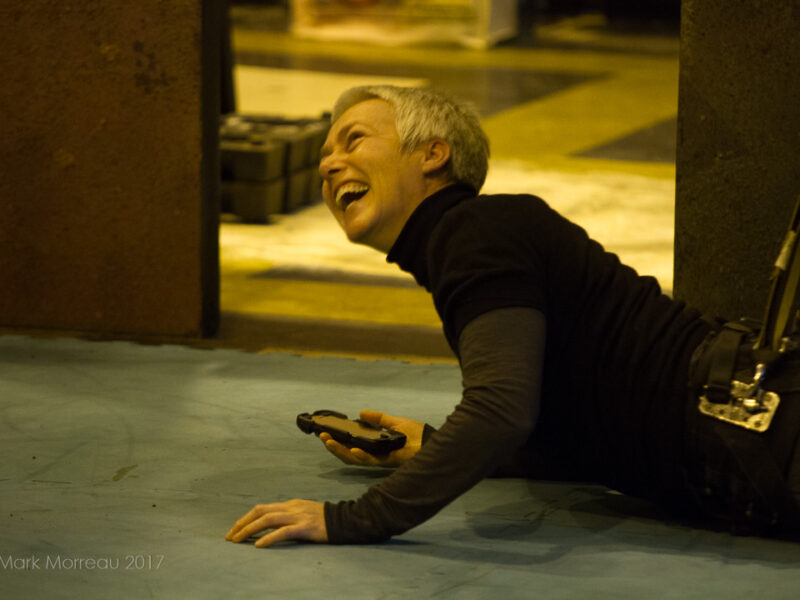 Inspired by Understory – a collection of insights from a diverse group of artists in the dance world – I felt it would be useful to curate a series of articles, musings and videos from professional aerialists at all stages of
their careers on how we go about navigating these new times. Looking at our diverse pathways into the aerial arts and the breadth of practice out there, these contributions will be released every Wednesday. I’m Lindsey Butcher…